Singer sensation Kesha has filed a lawsuit asking a Manhattan judge to nullify her record contract with music producer Dr. Luke. The star cites 10 years of emotional and sexual abuse against her by Dr. Luke.

The lawsuit could take years to play out in court. However, Kesha filed an application for a Preliminary injunction which, if granted, would let her out of the recording contract while the lawsuit remains pending in court.

In order to prevail on a request for a preliminary injunction, a plaintiff needs to satisfy a 3 part test: 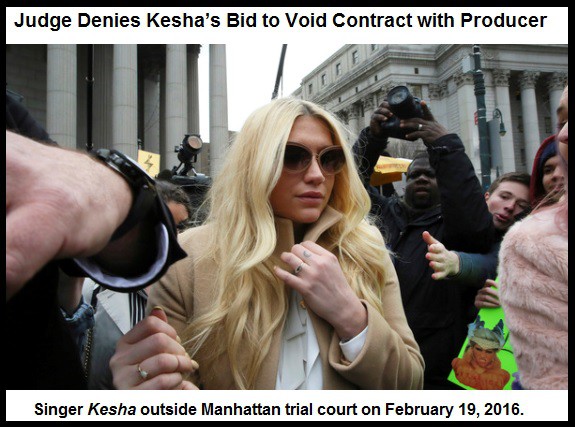 The presiding judge, Hon. Justice Shirley Werner Kornreich, found Kesha had failed to demonstrate a likelihood of prevailing in the case at trial. Despite her claims of abuse, Kesha did not present any medical records or evidence reflecting treatment for sexual assault or emotional distress.

For this same reason, the judge found Kesha had failed to establish a risk of “irreparable harm” in the absence of an injunction.

Considering the significant disruption the injunction would cause to Dr. Luke’s business, the judge determined that balancing the fairness to the parties comes out in Dr. Luke’s favor.

Accordingly, Kesha’s application for a Preliminary Injunction was denied.

Kesha will still have an opportunity to prove her case at trial, including her allegations that Dr. Luke sexually assaulted her in 2005 after slipping her a “date rape” drug at a party he invited her to attend.