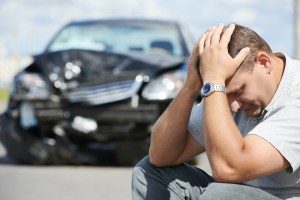 Hurt by Vehicle Being Chased by Police?

In a densely packed city like New York, a high speed police chase can put innocent civilians in harms way.

If you have been struck by a vehicle being chased by the police, call our personal injury lawyers for a free legal consultation.

We represent accident and injury victims in Brooklyn, Bronx, Queens, Manhattan and throughout the New York area.

NYPD training manuals caution against high speed chases in urban areas.  However, in a recent tragedy, police officers failed to heed this warning.

The police officers were in a hot pursuit of a van believed to have been used in a robbery.  As the NYPD officers chased the van, they were allegedly instructed by radio 3 times to cancel the chase.

Nevertheless, the officers continued to pursue the speeding van, which ultimately crashed into a car driven by an innocent civilian.  A 21 year old passenger of that car suffered brain damage in the crash.  Her lawsuit against the City of New York is pending in state court.